About the Forum Program Attend News MAEF in the media Contact us Architecture
Ru
PROGRAM
EVENT, MAY 16 IN MOSCOW
Scheduled venues: Moscow
С 10:00
Plenary conferences
10:00 – 14:30
MAEF 2019 Plenary Conference "New Quality of Economy"
Venue
Financial University under the Government of the Russian Federation, Room 1001, 51/1, Leningradsky Avenue, Moscow.
Abstract
Qualitative shifts in productive powers inevitably lead to changes in the entire system of economic and social relations. A new economic system is emerging. the nature of these changes will be the focus of a conference on "New Quality of Economy."
Key topics for discussion
- Theoretical conceptualization of changes in progress
- Current challenges of domestic social and economic policy designed to respond to changes in progress
- How Russia's financial system is going to transform?
- How Russian regions are going to change?
- Current events in international economic relations
10:00—11:30
Plenary meeting
Moderators
Speakers
11:45—14:30
Round tables
Round Table. Topic: "Establishment of New Economy: Theoretical Problems"
Moderators:
Speakers:
Co-Speakers:
Round Table. Topic: "Problems of Socio-Economic Policy"
Moderators:
Speakers:

10:00 – 14:30
MAEF 2019 Plenary Conference "Global Transformations in the World Economy: What Do They Hold For Russia?"
Venue
Plekhanov Russian University of Economics. 28 Stremyannyi Lane, bldg 1, house 1, room 251
Abstract
Held within the framework of the 1st Moscow Academic Economic Forum, the scientific conference on Global Transformations in the World Economy: What Do They Hold For Russia? focuses on the pressing issues of development of the world economy that play an important role in the economic development of Russia. Its Plenary Sessions will
discuss in detail the new features of economic globalization that are emerging in the 21st century, formulate an opinion on the depth of the current de-globalization trends, and reactions of certain countries to the current challenges in the system of international economic relations. Discussion will also cover the modern features of cross- border investment, the role of national policies for promotion of foreign investment, including through development of special economic zones, and the characteristic aspects of financial markets. During breakout sections that will focus on conceptualization
of Russia's place in the world economy, speakers will be emphasizing the role of Russian economics in formulating the response to the challenges that the society is facing. They will also present results of their study of the causes of the growing turbulence in the world economy. Global transformations that will be the subject of several speeches can be discussed in the context of the changes that occur in the global energy sector, and the impact of digitalization on
the global development in general, on the real economy and finance. An important part of the discussion will be focusing on the prospects of regional economic integration, and in particular, Eurasian projects, such as the EAEU.
Key topics for discussion
- New features of globalization or the beginning of de-globalization?
- The phenomenon of economy digitalization
- Modern features of cross-border investment
- Transformation of formats for regional economic integration
- National economy adaptation to the turbulence of the world economy
09:30—10:00
Registration
10:00—11:25
Plenary session "The Future of Globalization" (room 251)
Moderators
Speakers
11:25—12:40
Plenary session "Foreign Investment and Transnational Corporations" (room 251)
Moderators
Speakers
12:40—13:00
Coffee break
13:00—14:30
Sections (rooms 201, 210, 212, 247)
Section: "Modern transformation of economic globalization processes"
Moderators:
Speakers:
Section: "Economy in the era of digitalization"
Moderators:
Speakers:
Section: "Understanding the place of Russia in the world economy"
Moderator:
Speakers:

Section: "The impact of new phenomena on russian involment in the world economic relations"
Moderator:
Speakers:

13:00—14:30
Plenary session: "Political Economy and Economy-Related Policy: Prognostic and Practical Functions of Fundamental Economic Theory"
Moderators
Speakers
10:00 – 14:30
MAEF 2019 Youth Section "Russia's Economy: What Will Generation NEXT Suggest?"
Venue
Moscow Aviation Institute (National Research University), 4 Dubosekovskaya Street, Moscow, MAI Main Building, Central Hall of the Admissions Board
Abstract
Becoming a top five global economy, showing a growth rate that is ahead of the global growth, increasing the share of investment to 25% of the GDP, accelerating adoption of digital technology in the economy and technology-driven development by increasing the number of entities focused on technology innovation by half: these are the challenging objectives identified by the President for the Russian Government. This country, whose economy has been showing a tendency for stagnation over the past 10 years, is in need of not so much extensive growth as intensive development.
What will Generation NEXT offer for a new quality of the economy, for the search of transformations that will set the country's course for accelerated, breakthrough development and real qualitative advances?
Key topics for discussion
- Becoming one of top five global economies: is it an achievable goal?
- When will Russia take the course for innovation-driven development?
- Environmental risks of economic growth
- Development of energy conservation in Russia as a vector for development of the national economy
- Unlocked space: problems of territorial development of Russia.
10:00—10:30
Registration of participants
10:30—10:45
Welcome address
10:45—11:15
Plenary speeches
Moderator
Roman Sergeyevich Golov, Head of Department of Management and Marketing for High-Tech Industries, MAI, Doctor of Economics, Professor, Member of Presidium of the Free Economic Society of Russia.
Speakers
Supporting speakers
11:15—13:45
Sections
Section: "Transformatioal economy: problems and prospects of industry and territory development"
Moderator:
Section: "Strategic issues of social and economic development of Russia in the context of technological transformations"
Moderator:
Section: "Prospects for Russia's growth to become one of five biggest global economies"
Moderator:
Section: "Investment and innovation: problems and prospects in the transformation economy"
Moderator:

Section: "Energy industry of the future and enviromental problems of economic growth"
Moderator:

The artificial intelligence/big data revolution will affect our lives in ways unrivaled by previous industrial revolutions. But it also raises concerns regarding competition, jobs, privacy or inequality. The lecture will discuss the new mindset that will be required to address these socio-economic challenges and to ensure that the new technology promotes the common good.
Awarding ceremony
Awarding ceremony of the 22nd All-Russia Contest of Scholarly Papers "Russia's Economic Growth"
Summing-up of MAEF results
Closing ceremony.
18:00—19:00
Banquet for the Forum participants (Grand Hall of RAS, 2nd floor)
READ ALSO
EVENT, MAY 15
Registration of participants, exhibition of economic publications, MAEF Plenary Meeting (Grand Hall of RAS) 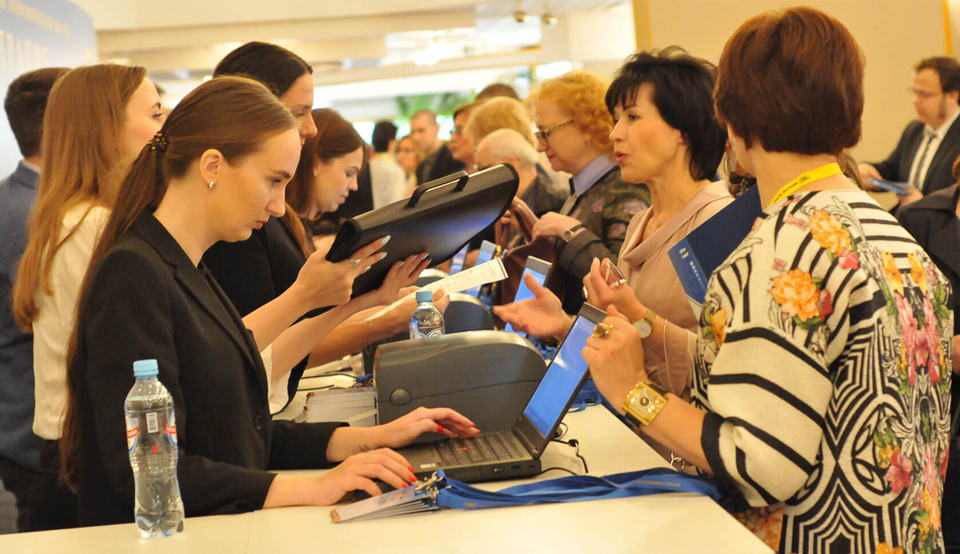 EVENT, MAY 16
Regional events in constituent entities of the Russian Federation 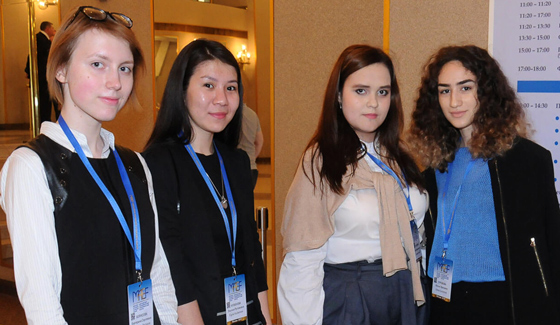 ABOUT THE FORUM
About MAEF